The Cuban: If Memory Serves 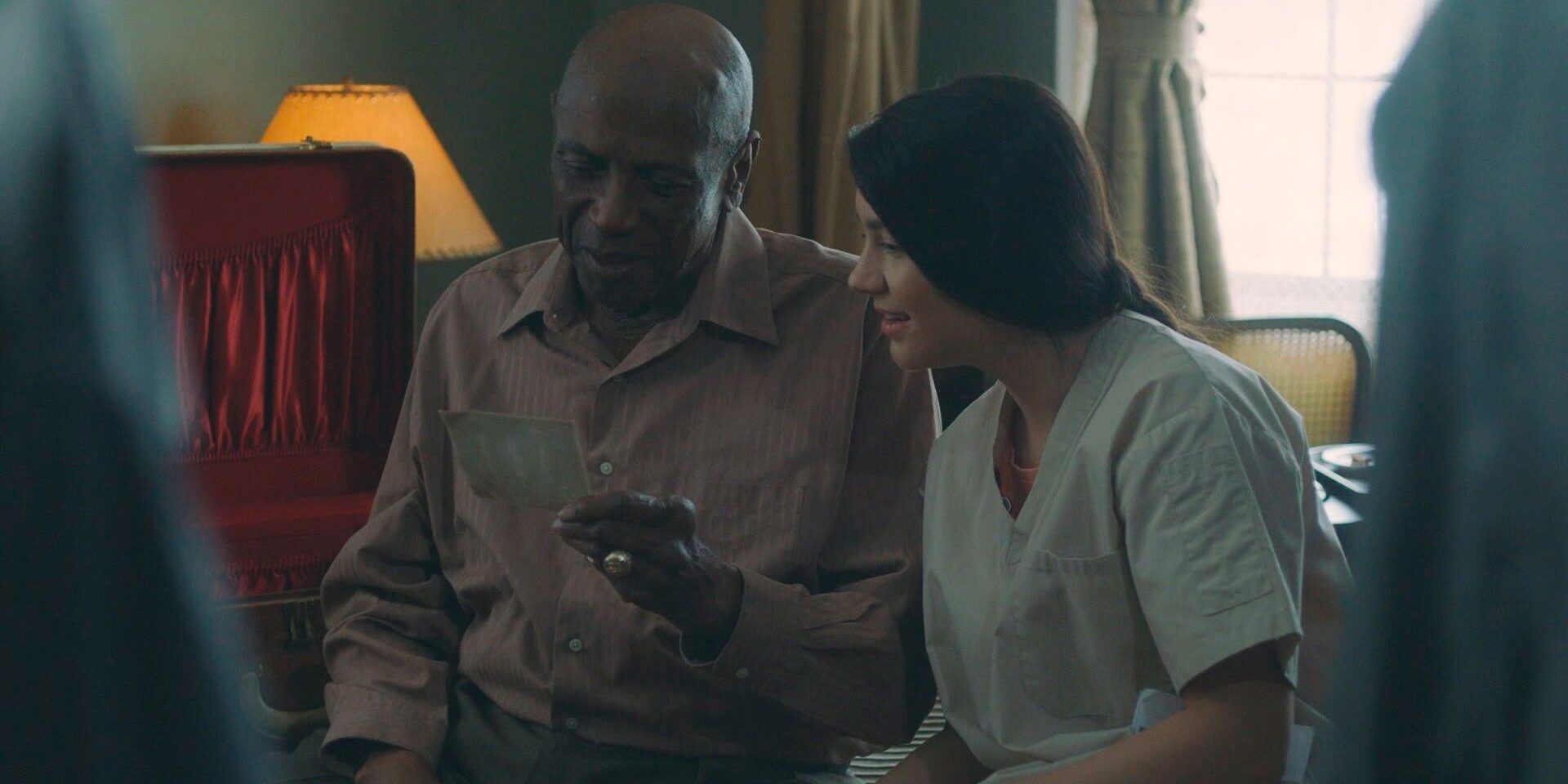 The Cuban: If Memory Serves

Its opening credits scatter like colorful ink blots, an early hint to the importance of memory to the plot and themes of writer Alessandra Piccione and director Sergio Navarretta’s film, The Cuban. Mina, a young pre-med student, begins working in the nursing home in which her Aunt Bano, played by the always-elegant Shohreh Aghdashloo, serves as administrator. Bano was a doctor in her previous life in Afghanistan, and has now dedicated her life to ensuring her niece succeeds with advantages she lost once coming to the United States. We sense an ambiance of entrapment, one character assuring others that they alone know what’s best. Bano may have unwritten rules for Mina, but Bano’s relatives feel they know what’s best for her, especially regarding Bano’s living arrangements. They give their own daughter zero independence, arranging a marriage with someone from the old country she’s never met rather than considering the boy she loves and who loves her back with honor.

Mina meets Luis Garcia, a resident with vascular dementia, who rarely speaks, often refuses to eat, and is wholly unaware of his surroundings and current life. He receives no visitors and his room, ‘the sunshine room,’ as Mina sarcastically refers to it, has no personal details. Our first look at Luis is unsettling because of the actor playing him. Academy-award winning Louis Gossett, Jr, a legend of stage and screen, is known for characters who mean business. This is the man who helped stop terrorists in Toy Soldiers, mentored a wayward teen in Iron Eagle, built a misfire of a theme park in Jaws 3D, put Richard Gere in line in An Officer and A Gentleman. He’s known for vitality, charisma, and a beautifully-delivered monologue. The site of Louis Gossett, Jr in a wheelchair, unable to speak, disconnected from the world, is startling and uncomfortable, which may be precisely why Navarretta was determined to cast him. This is a film about how we treat elderly citizens in this country, how their stories and histories, once rich and intricate, fade away without someone to remember or care. Those in our own lives may be destined for the same fate, relying on the kindness of strangers. Mina takes to Luis immediately, realizing that his lone decorative poster implies a love for and connection to jazz. Before long, she is playing him jazz music and cooking authentic Cuban food to replace bland hospital meals. Luis comes alive, speaking, gesturing, and sharing snippets of stories we see through flashback, colorful memories that illustrate how Luis remembers his life, a fluidity of beloved past and trustworthy present.

The friendship with Luis opens Mina up to Kris, a boyfriend who helps with Luis and is frustrated by her inability to assert herself to her family. It also exposes Mina to the watchful eyes of nursing home staff less inclined toward progressive treatment such as Nurse Baker. Baker is played by Lauren Holly as a probable descendant of Nurse Ratched in One Flew Over the Cuckoo’s Nest but inbued with only a tad more warmth. Everything about the nursing home and its staff is colorless, bland, diffuse, similar to the apartment Mina shares with Bano. In Luis’s memories, we are inundated by color and stunning cinematography by Celiana Cardenas—colored skies, red lips, leaves of deep green, shoes of yellow, bright orange cars, even the vibrant, shiny blacks of a venue stage. Luis isn’t just a music lover but a musical legend in the world of Cuban jazz. Mina delves in to learn about his history: the places at which he played with his band, the dynamics amongst its players, and his long-lost love, Elena, who he often replaces with Mina in his daydreams. Mina wants Luis to live his life rather than waiting to die and disagrees with Nurse Baker who states that patients like Garcia simply want ‘peace and quiet.’

Navarretta’s entire point seems to be about caring, and how few actually do. Lives have meaning when shared and the film ruminates on memory, identity, the passing of time, and how a life’s worth is determined. Even Bano is presented with photos that force her to consider and remember who she was before coming to this country.

The film is also about music and the glorious way it connects us and sparks love and joy. Its fantastic soundtrack vibrates the film with life. With music comes re-connection—for Luis and an old friend who owns a club, Luis with himself, and the special bond between Luis and Mina, played by Ana Golja with a natural charm and infectious smile. We know trouble is brewing when it’s discovered how she substituted Cuban food for hospital fare but the film treats her admonishment differently than we expect. It glides from this setback into a deeper look at breaking free from tradition, from our mental and physical rooms, and toward a love of life, a discovery of identity through examining where we’ve been. Gossett, Jr is as dynamic a performer as ever, creating a character literally from the inside out of Garcia’s confused, dying body, a special role in a versatile career reminding us he’s one of our best.

Kindness is what we have to offer others. Our great loves are sometimes real only to ourselves but our stories are for sharing and to untap our potential at any point in life. The Cuban is about Luis’s life but a springboard for Mina’s to take a different, more diverse direction. And one for viewers to remember how many stories remain untold and to feel inspired to tell them.